skip to main | skip to sidebar

And then we had Isaac.

Isaac is 2 1/2. He's 3 years younger than Andrew and I used to worry about how much Andrew's delays would affect Isaac. I worried about his experience growing up with a Special Needs brother.

I don't worry about that anymore.

Isaac just finished his own round of evaluations. He has the same categorical delays as Andrew: speech, sensory processing and social skills. He'll be starting school in September at the same Special Needs Preschool that Andrew went to. He'll be getting the same therapies probably by the same therapists that worked with Andrew.

Maybe. I would guess that where Andrew might be straddling the spectrum, Isaac is a little more settled in. But, I haven't started down the road to diagnosis with him yet. I haven't even mentioned to Andrew's Developmental Pediatrician that Isaac will be heading her way soon. One step at a time.

For a long, long time Andrew and Isaac seemed so different to me. They still do, actually. They are very, very different. For a while I thought Isaac was more social because he could point and because he imitated us more. Andrew didn't really do those things. But, Isaac didn't know our names until last Fall. He knew the alphabet, the names of the Thomas trains and number up to 10 before he could say "Andrew".

Isaac's language comes in waves. This summer we got a big wave of language. He didn't use our names, but he was able to ask for basic things "open" "up" "help". And then in the fall, that wave receded and he stopped saying those things. He didn't ask for anything...he would just tug on my arm, pull me into place, while I guessed what he needed, begging him to tell me.

This past Christmas we got another wave of language. He repeated everything. Everything. "Juice, Isaac?" "yes. juice." "Put on your shoes?" "yes. shoes." And again, without warning, the wave receded. He's in another quiet period where, if we work hard, we'll get a few words a day.

This Fall, as I was putting together the pieces, as I was realizing that Isaac too has some serious delays, I lost a lot of sleep (and weight). I would cry in the middle of the day without warning. I could be doing laundry, thinking about something entirely different, and the tears would come. And I would stand there baffled, wishing that I could predict the tears. They'd often catch me in embarrassing situations. Those tricky tears.

And then, one day, I noticed that Isaac was trying to do one of Andrew's puzzles, but it was too hard for him. So, I went to the store and bought him a 24 piece puzzle. He absolutely loved it. At Thanksgiving I gave him a 35 piece puzzle to keep him busy during the day. And again, he was enraptured. He put it together and took it apart all day long. When the Occupational Therapist came to evaluate him a few weeks ago, she took out some puzzles. I told her that he has a few 35 piece puzzles and she was shocked. Shocked. She said "that's ridiculously advanced". She told me that on average, 6 year olds tackle 35 piece puzzles, not 2 1/2 year olds.

And I have to tell you, I cling to that. Isaac is ridiculously advanced at puzzles. I don't know why but the whole puzzle phenomenon was a game changer for me. I sleep better and I cry less....all because of those silly puzzles.

I feel more or less settled about Andrew's future. I feel like we still have a lot to iron out, but I see him mainstreaming at some point. Joining his quirky self with his peers in a typical classroom. Going to college. Getting a job. But Isaac? I just don't know. I don't even have a good guess. Maybe. Maybe not. I don't know. I don't know. And I'm just trying to stay open to that. I'm trying to sink down into the not knowing and just accept that I don't know. I want to be open and ready for whatever it is.

My mom told me once "Isaac will surprise you." And I think she's right. And the more I accept that I don't know, the more he'll surprise me. I said this yesterday about Andrew. I said that I feel a wild mixture of luck and fear. And I feel that same mix with Isaac, except maybe a little more so. I LOVE Isaac. There are times I want to pinch myself because I feel so lucky to have this absolutely darling little boy in my life. There is so much about him that I just find painfully adorable. And I thank my lucky stars that I get to be his mama.

Often I look at him and I think that he's just being him. He doesn't know what he should or should not be doing. He's just being. He just is. He doesn't care about milestones or comparisons or delays. He's just being the best little him that he can be. And when I notice that, when I stop and let myself see it, I see that not only is he doing a damn fine job, but I can see that he's knockin' it outta the park. 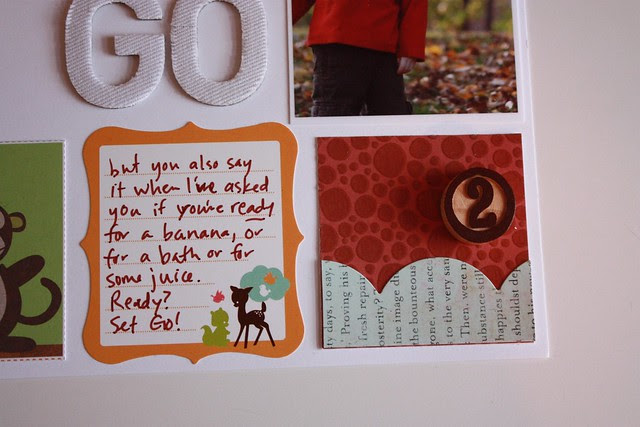 As I was working on publishing this this morning, Isaac said to me, "uh oh! tracks, broken!" Which serves me right for saying we only get a few words a day. Here it is, not even 8 in the morning and he's started the day with a sentence. Which makes me think I should talk about how little he talks more often. I love it when he proves me wrong. ;)
Posted by Dave at 7:30 AM

I'm loving this series, Robyn. I love that your writing is dropping into a deeper place and how much we get to learn from you as you share this processing. I love how heart-opening it is. I feel really moved when I read what you are writing these days.

He talks when he has something important to say. He has priorities that are different that's all. We think names are important but you know your name so he doesn't need to tell you that.
Think of him as the strong silent type, they have to be children before they grow up into heroes don't they.

I am following your posts and think you are a great Mother, caring and thoughtful.
I know nothing about autism but I do know that second children are often less forward with vocabulary. After all they have an older sibling around so they don't bother to speak as much. But they do observe and learn. As you've discovered, if Isaac has something he really wants to say, he will!
I know so many people who say their two children are like 'chalk and cheese' and I include mine in this.
My eldest likes books, is very organised but could not do a jig-saw to save her life! The youngest is creative, doesn't read unless she has to, and is determined to do anything she sets her mind to!
Do enjoy the differences you see between your two sons as they learn and grow, they will not be young for long.

Made in Brooklyn is my place to document my creative journey, from bread to babies, cards to cakes. You are welcome to come and join me for a while. 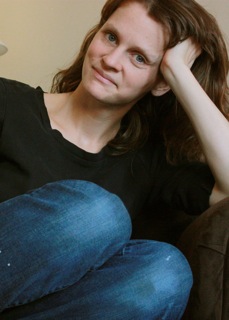